The historical centre of Krimulda is located on the right bank of the River Gauja. The house of the owners of the manor, Counts von Lieven, has built in 1848 in neo-classical style. The building sits on the very brink of the ancient Gauja valley and overlooks a beautiful view across the vale and its opposite bank.

Not far from the manor house, there stand the ruins of the 13th century Krimulda Castle which belonged to the Riga Dome Charter until the year 1566. In later centuries the castle owners were both Poles and Swedes who destroyed the castle in 1601, to prevent the Poles from settling down there.

Krimulda remained in Swedish ownership until in 1817 Count von Lieven bought the manor from the then owner Captain Helmersen for 60 875 rubles in silver.
The Lievens lived in the manor until 1921. In 1853, Paul Lieven was the first from among the nobility of “the Vidzeme Switzerland” to lay out a park on the right bank of the Gauja; the park featured several promenades and two wooden staircases – one with 380 steps from Vilkmeste ravine, and the other one, with 325 steps led from the park to the ferry across the Gauja.

Tsar Alexander II, having heard about von Lieven’s beautiful park, visited Krimulda with his spouse during his visit to Vidzeme in 1962.

Today it is a sanatorium, and it admittedly looks better from afar as a lot of paint is chipping off the facade. The building was commissioned by Baron von Lieven, a general in the Swedish army who, as it turns out, was a distant descendant of the Liv leader that ruled the area when it was invaded by German crusaders. 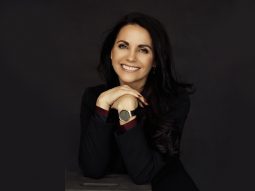